When it comes to traveling, California is one of the most visited states in our country. The mixed geography of beautiful beaches, snow-capped mountains, mass agriculture, and serene deserts make California a fascinating endeavor for both the outdoor and urban enthusiast. We have narrowed down the top six destinations that this diverse state has to offer.

The first destination on the list is a city that celebrates the character and values that California was built on. From the charming Spanish adobe homes to luxurious downtown sky rises, San Diego truly has its own identity. Old Town San Diego is known as “the birthplace of California” and dates back over two centuries. The first Franciscan Mission in California was built in San Diego in 1769.  These elegant historical buildings are located throughout the California coast, most of which are open for the public to tour. Another must-see attraction, located in the heart of San Diego, is the gorgeous Balboa Park. The park is home to the renowned San Diego Zoo and features many other activities for the whole family. This Spanish-inspired coastal town is known for its surf, fashion, and unique way of life.

Moving slightly north of San Diego is the second largest city in the United States, Los Angeles. LA is a thriving city that is known for its wide array of attractions such as Hollywood, Beverly Hills, Venice Beach, Disneyland, and Santa Monica Pier. It is the center of the nation’s television and film industry, with a major fashion and art influence it’s no surprise that LA is home to many movie stars and celebrity icons. As the “home of entertainment”, LA has become a city that never sleeps! There are countless activities, unique one-of-a-kind restaurants, beautiful parks, incredible shopping, and plenty of nightlife throughout the city.

Moving north up the coast, we visit the infamous “golden city” of San Francisco. Surrounded by the Pacific Ocean, this hilly metropolitan city is located on the Bay’s peninsula and offers more than just a bustling city life. With its unusual climate, San Francisco is home to many unique species of plants and animals. In fact, almost a third of California’s plant species are located within the Golden Gate National Parks. Other popular attractions such as the Golden Gate Bridge, Union Square, and Fisherman’s Wharf are a part of the city’s rich culture that dates back to the late 1700s. San Francisco was developed with a European style that is apparent throughout the entire city. From Victorian style buildings to narrow roadways, this city is unlike any other.

Take a step out of the coastal city life and move inland to our next destination, the park is known for its massive Sequoia trees, beautiful landscape, and more than 400 species of wildlife. The iconic sights of the towering Bridalveil Fall, granite cliffs of El Capitan, and astonishing views from Half Dome have made Yosemite National Park a top destination for travelers. It is the perfect summer destination for those who like a little adventure. Lodging consists of camping, yurts, and small rustic hotels; it is the perfect place to get away and disconnect from the many distractions of life. Some of the various activities include hiking, biking, climbing, and horseback riding. This is an unforgettable destination that everyone should see at least once!

Our next destination is none other than the beautiful and majestic Lake Tahoe. Located high in the Sierra Nevada mountain range, Lake Tahoe appeals to everyone from athletes and adventurers to more casual travelers with its assortment of activities to do. From beautiful beaches in the summer and epic snowfall in the winter, Lake Tahoe has year-round recreation for the whole family. It is the largest alpine lake in North America and is the second deepest lake in the United States. Activities range from hiking and biking to boating on a luxury yacht. The Lake Tahoe area hosts many exciting events such as the Celebrity Golf Tournament, annual music festivals, and winter sports competitions. Tahoe is best known as the “Jewel of the Sierras” and is one of the most popular ski destinations in California offering over 13 ski resorts!

The last destination on our list is the tranquil and elegant Napa Valley. Housing hundreds of wineries, both large and small, it has been said that Napa Valley is the wine capital of the United States. The Mediterranean type climate matched with its geological placement makes Napa the perfect area to grow quality grapes for wine. Aside from its prestigious wine industry, Napa is also famous for the selection of gourmet foods, hot springs, and unique landscape. With gorgeous rolling hills and endless vineyards, Napa Valley is the perfect getaway for both wine lovers and travelers alike.

California is truly unlike anywhere else in the world. It is a place where the landscape is just as diverse as the people who live there. From skiing the slopes to relaxing on the beach, California has something to offer everyone.

Check out Oliver Luxury Real Estate Listings so you could next to it all; Northern Nevada. https://oliverlux.comhomes-for-sale-featured/ 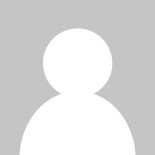